On November 15, the World Bank held its first consultation with civil society organizations as part of a two-year process to review and update its social and environmental policies. The Center participated in the consultation to advocate for stronger protections for indigenous peoples and to urge the Bank to ensure that the experiences and recommendations of indigenous peoples are able to play a leading role in shaping any new policy framework.

The social and environmental policies under review, known as safeguards, direct the activities of Bank staff and borrowing country governments in the implementation of development projects, from road construction to irrigation projects. The safeguards were developed in the 1980s in response to human rights violations caused by a number of projects, such as forced evictions of indigenous peoples for the construction of hydroelectric dams. 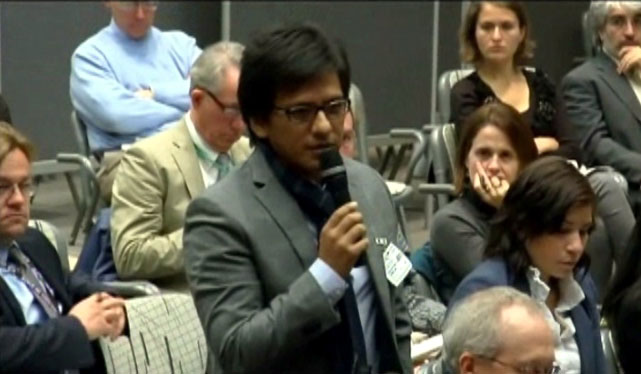 The safeguards are designed to ensure that indigenous peoples, local communities, and the environment are not harmed by World Bank-financed development projects. Unfortunately, existing policies fall far below international standards on the rights of indigenous peoples, in particular, the right of self-determination and rights to lands, territories and resources.

While the review is a welcome and long awaited development, its outcome could be either positive or negative for indigenous peoples. 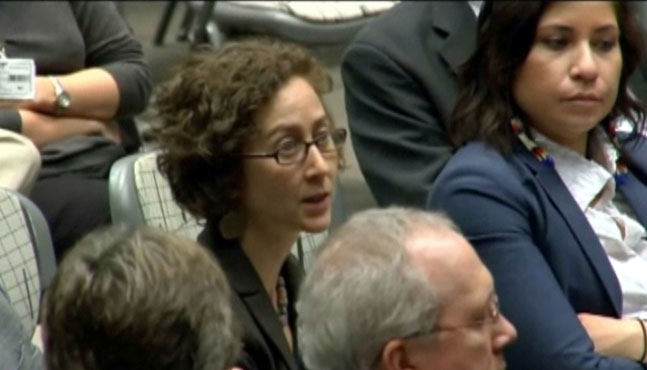 “The safeguard review presents an important opportunity to strengthen protections for indigenous peoples and to raise the development standards that the Bank and borrowing countries use,” stated Gretchen Gordon, attorney in the Center’s Washington, D.C. office. “At the same time, recent policy developments at the Bank show a trend to minimize the impact of safeguards, so there is also a chance that the revision could result in weaker standards and therefore greater risks for indigenous peoples.”

Many of the Bank’s new lines of financing, including the Program for Results, are exempted from requirements in the Indigenous Peoples Policy and other safeguards, leaving projects to be guided by unenforceable principles or by borrower countries’ regulatory systems, the majority of which do not have adequate protections for indigenous peoples.

These concerns and many others were raised during the half-day consultation last month at the World Bank’s headquarters in Washington, D.C.

“One of my main concerns throughout this process is that [the consultation] happened so quickly and that the communities are actually not here,” said Juanita Cabrera Lopez of the Maya Mam people and the Unión Latinoamericana de Mujeres. “We can talk about indigenous peoples, we can talk about consultation, but when we actually talk about how it’s going to be implemented, that’s still not clear… There needs to be some sort of process that’s better, when we talk about really doing a thorough review.”

Participants also expressed dismay, both during and following the meeting, regarding the format of the gathering, which did not allow for direct dialogue with Bank staff or a detailed discussion of critical issues. “The first meeting that was held cannot be viewed as a meaningful consultation,” stated attorney Karla General. “Unless the consultation process is improved going forward, the concerns of indigenous peoples and communities affected by Bank projects will not be heard. It is these communities that have the most experience with what does or does not work with the current safeguards. Without their input, there can be no effective new policy framework.”

The Center has repeatedly called on the Bank to ensure full and effective access by indigenous peoples throughout the review process and to hold dedicated consultations with indigenous peoples’ direct representatives at the grassroots and national levels, wherever the Bank finances activities.