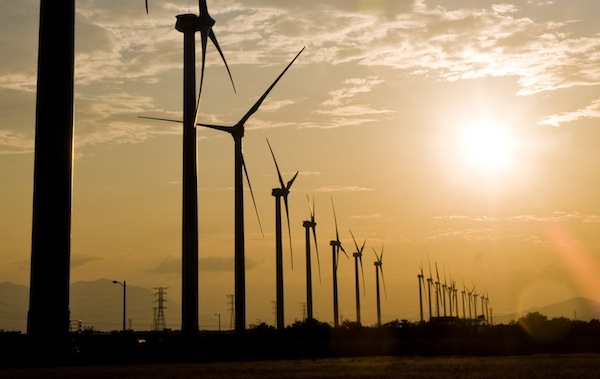 Since 2012, the Center has been helping seven indigenous communities in Oaxaca, Mexico, challenge the construction of an Inter-American Development Bank funded renewable energy project.  The Mareña Renovables Wind Power Project, which was poised to become the largest wind farm in Latin America and the first in close proximity to the ocean, was planned to be built on the communities’ collectively held lands.

In December, 2012, we filed a complaint on their behalf with the Independent Consultation and Investigation Mechanism (ICIM), the Bank’s internal project-complaint mechanism. The complaint asked ICIM to both seek a dialogue between the wind power company and the communities, and assess the lack of compliance with Bank policies, especially with the Operational Policy on Indigenous Peoples.

The wind farm was set to be constructed on Santa Teresa, a sand bar on which these communities depend upon for harvesting fish and practicing traditional ceremonies. The entire infrastructure surrounding this project, including roads, substations, turbines and transmission lines, was planned to be built on the communities’ lands.

Critical milestones were achieved in the last few years. In 2013, the company decided not to continue with the project in the area where it would have adversely impacted the seven communities. That same year, the ICIM decided to fully investigate the project and assess compliance with applicable Bank policies. In September, 2016, the ICIM completed the compliance review report concluding that Bank Management failed to comply with the Bank’s operational policies, including those on access to information, safeguard compliance and indigenous peoples. No dialogue with the company was achieved because it refused to enter into a dialogue with the communities.

The Bank’s Board of Executive Directors fully endorsed the report’s findings and recommendations. While some recommendations are specific to the project, others are oriented to improve the Bank’s policy framework. For example, the report asks Management to make public all project documents that it failed to release despite the fact they were of mandatory release. It also asks Management to communicate to the communities the status of the project, which has been closed. Lastly, the report calls Management to review and update the operational policy on indigenous peoples, and to develop a guide on how the Bank should operate in the presence of significant social conflicts.

While we are extremely pleased with the overall outcome of this work so far, our work is not over yet. It will conclude once all the ICIM recommendations are fully implemented. The Bank’s Board of Executive Director not only asked Management to produce an action plan on how it will implement the recommendations, but also requested that the ICIM be part of the process. We will engage in this process and take actions as deemed necessary to achieve full implementation, especially those oriented to restore the communities’ relationships and to improve the policy framework on indigenous peoples and social issues.