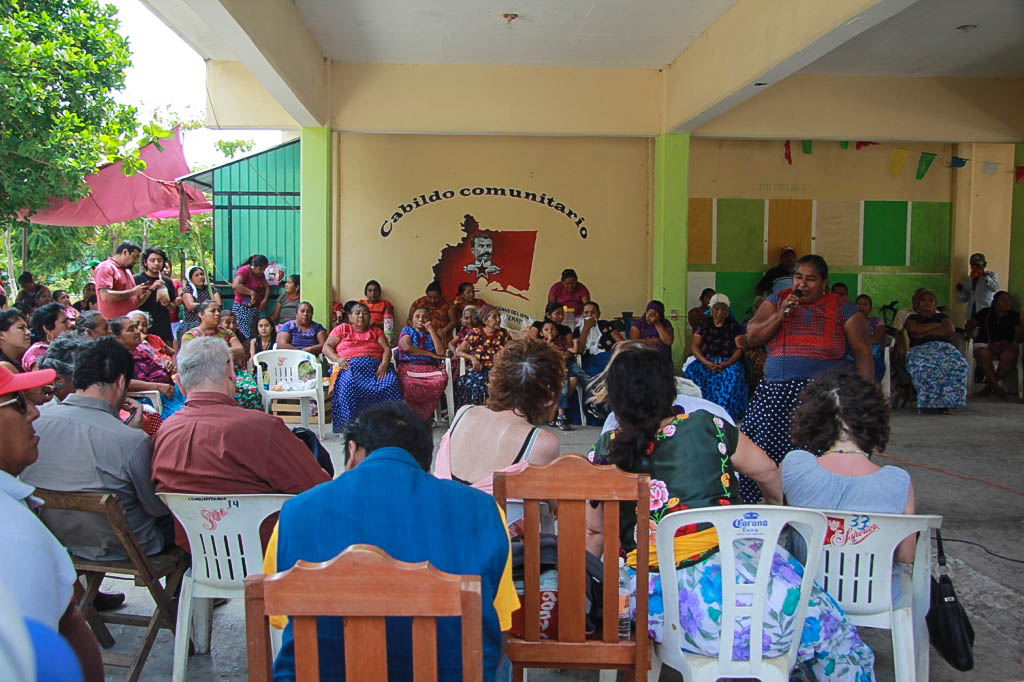 The Inter-American Development Bank (IDB) affirmed claims that the land rights of seven communities in Oaxaca, Mexico, were being violated by a Bank-funded wind power project.  The Indian Law Resource Center filed a complaint on behalf of the communities in December, 2012, because the IDB failed to secure the indigenous communities’ full participation in the design of the project.

“The report confirms all the concerns that our clients raised regarding both the design and the implementation of the wind power project were valid,” says Leonardo A. Crippa, a Senior Attorney in the Center’s Washington Office. The Mareña Renovables Wind Power Project was slated to be the biggest wind farm in Latin America, with transmission lines  and turbines that would cross over lands belonging to the indigenous communities and affect their fishing areas.  The communities won a partial victory in 2014, when the wind farm company agreed to relocate the project; partial because one of the communities is still affected by the project.

A report, adopted by the Executive Board of the IDB on September 14, 2016, was produced by the Bank’s Independent Consultation and Investigation Mechanism (ICIM), an internal project-complaint mechanism tasked with assessing Bank Management’s compliance with operational policies.  The report states IDB Management failed to comply with the Bank’s policies, including the Environmental and Safeguards Compliance Policy, the Access to Information Policy, and the Indigenous Peoples Policy. It points out that only five of the 22 project-related documents were released.   The report also highlights Management’s shortcoming in consulting with the communities, because it only contacted the agrarian leaders about key decisions and disregarded indigenous communities’ governing and decision-making structures.

The release of the report coincides with a time of change within the IDB. In the last two years, the Bank has split its private and public sector investing into two different organizations. As a result, it created the Inter-American Investment Corporation undertaking all of the Bank’s private sector lending in Latin America and the Caribbean. The ICIM can also process complaints about investment projects funded by the Corporation.

“We are seeing a positive structural change by the Bank,” said Crippa. Since the complaint was filed four years ago, the Bank has  adopted not only an Environmental and Social Sustainability Policy for the Corporation, but also the ICIM’s new procedural rules.

The Executive Board has instructed Management to prepare a work plan to implement the ICIM recommendations, which address issues of particular importance for both the communities and the Bank. For instance, the report asks the Bank to make publicly available all documents of mandatory release and to ensure that the wind power company communicates the closure of this project to the communities. It also recommends that the Bank review and update its Indigenous Peoples Policy and produce guidelines on how Management should operate in areas of considerable environmental and social conflicts.

Crippa says in addition to the recent changes at the Bank, operational policies must also be updated in regard to indigenous issues.  In February, 2006, the Bank adopted its first-ever Indigenous Peoples Policy. Since then, both the United Nations and the Organization of American States (OAS) have adopted declarations articulating the rights of indigenous peoples. Because of its regional focus, the OAS American Declaration on the Rights of Indigenous Peoples is of particular relevance for the Bank.

“The Bank’s Indigenous Peoples Policy does not meet key legal standards set by both declarations and must be addressed.”