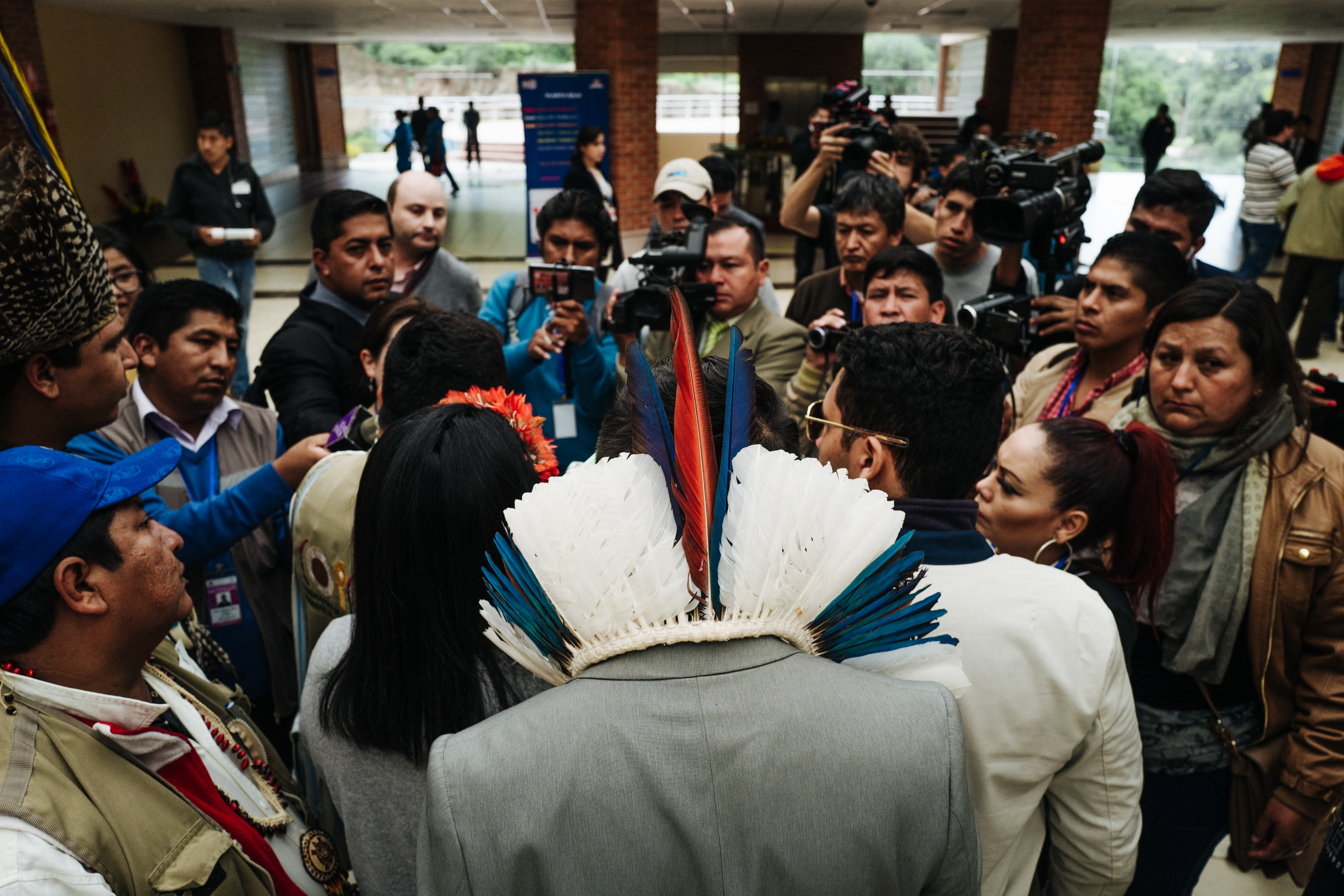 The Indian Law Resource Center (the Center) has a long history of work with indigenous peoples in Brazil, beginning in 1979 when we brought the first indigenous rights case the Inter-American Commission on Human Rights arguing for the demarcation and protection of Yanomami lands in the Amazon Rainforest. Though we won the case and progress was made toward demarcation, illegal gold miners invaded the area with the acquiescence and support of the local and federal government when gold was discovered there in 1987. One expert found that during a single two-year period at the height of the invasion, some 15% of all Yanomami died to due diseases and killings. The Center moved quickly to respond to this crisis, working with all available international mechanisms to compel the government of Brazil to change its policies, to enforce existing laws, and to adopt new measures to protect the Yanomami territory. Our efforts were successful; Brazil forcibly evicted the illegal miners and demarcated the 23+ million-acre Yanomami Indigenous Territory. While implementation remains an ongoing struggle, there is no doubt that Yanomami lives were saved, lands were legally protected, and that much environmental damage was averted.

Though the Yanomami case is an emblematic example of many years of advocacy in the O.A.S. and the U.N and a successful international campaign, the rights and protections for the Yanomami and hundreds of other indigenous peoples in Brazil are being threatened, especially in the Amazon. The current government has instituted policies that severely weaken the governmental agencies that oversee protections for indigenous peoples and the environment to allow agribusiness, mining, and logging interests to exploit the country’s natural resources, most of which are found on indigenous lands. The Center is currently working with and assisting indigenous leaders and advocates in Brazil to bring international attention and pressure to bear on Brazil to ensure that the government upholds the rights and protections guaranteed in Brazil’s Constitution and international law and policy standards. As was proved with our work in the Yanomami case, pressure from outside of Brazil can be a tipping point to protecting indigenous lands and communities.

Office of the High Commissioner of the United Nations press release about the U.N. Expert Mechanism on the Rights of Indigenous Peoples Advisory Note (May 2021) *Available in English Only

The U.N. Expert Mechanism on the Rights of Indigenous Peoples Advisory Note: Protection of indigenous peoples' rights in Brazil under COVID-19 | Português (March 2021)

Letter to the U.N. Secretary-General on Brazil's Violation of Indigenous Peoples' Human Rights in the Context of the COVID-19 Pandemic | Português (April 2020)

Letter to the O.A.S. Secretary-General on Brazil's Violation of Indigenous Peoples' Human Rights in the Context of the COVID-19 Pandemic | Português (April 2020)

Update on the Situation of Indigenous Peoples in Brazil (September 2019)